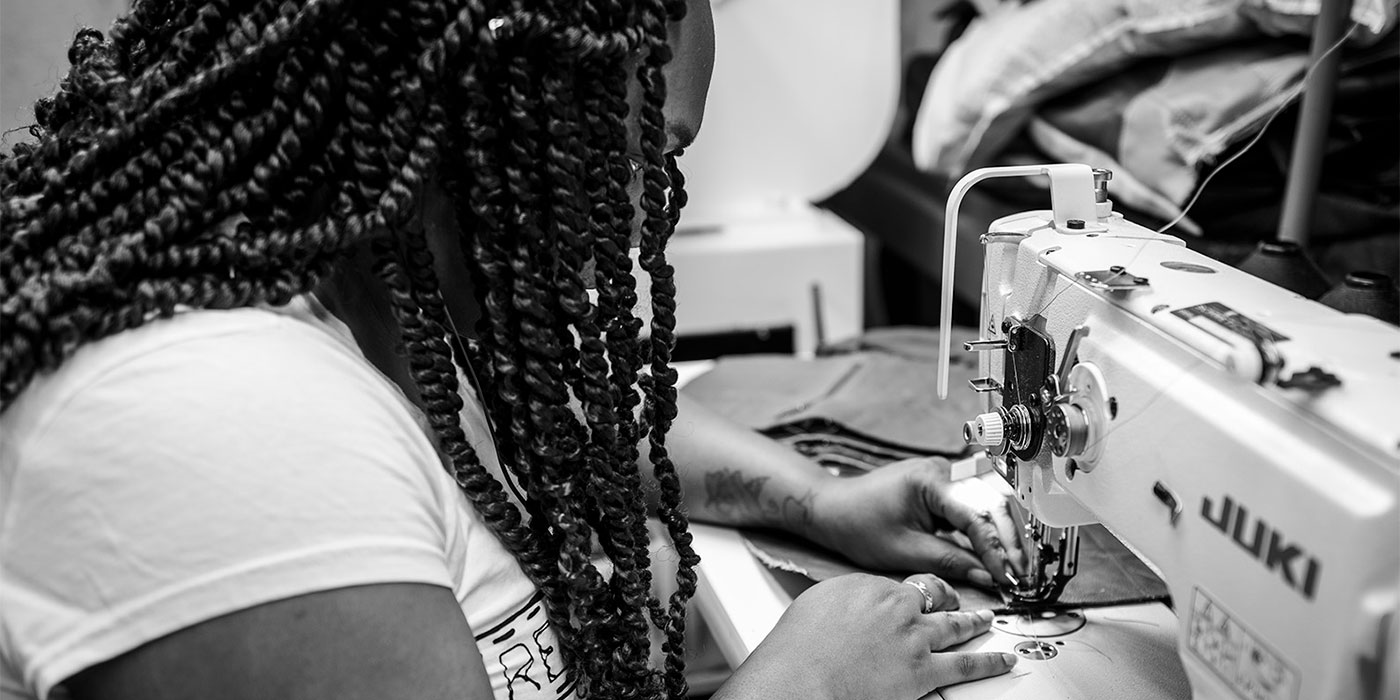 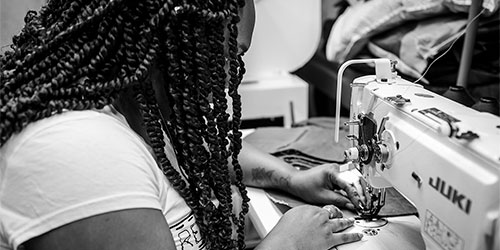 Hearing the word slavery conjures a very dark period in history. People think that time has passed, but the reality is people are sold into slavery, more commonly known today as human trafficking, every single day. People — women, men and children — get abducted, right off the street, all the time, often never heard from again. They’re sold into a dark underworld and, in many cases, forced to do unspeakable things. Estimates show 20 million to 40 million people globally are victims of modern slavery and less than 1% of survivors get identified.

"Human trafficking is huge," says Liz. "We don’t put enough attention around it."

Liz was sold for nine years, day in and day out, on the internet, "As if I was nobody," she says. She tried to leave several times, but she couldn’t. Eventually, Liz was rescued from a hotel off the highway, but had no idea how to get a job or how to restart her life. One day, she thought to call the officer who rescued her from the hotel. He introduced her to Rethreaded. 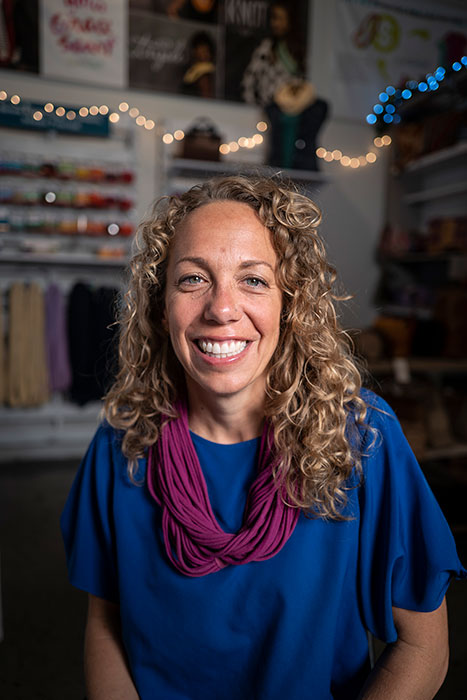 Rarely does someone survive being a victim of human trafficking, but thankfully that does happen. When it does, organizations like Rethreaded in Jacksonville, Fla., help to put the pieces back together for lives nearly destroyed. Rethreaded, whose tagline is, "Sewing a New Story," gives these people a safe space, a peaceful place to help them get back on their feet. The organization truly helps by giving these women something to work for every day. They get skills in production, marketing, inventory, sales, finance and administration. Rethreaded operates a distribution company selling an array of products from like-minded businesses that hire survivors of the sex trade. The organization’s mission is to renew hope, reignite dreams and release potential for survivors of human trafficking through business.

"I started Rethreaded because I want women to know their worth, value and what they’re capable of," says founder Kristin Keen. "A common trait I see in all of the women who come to Rethreaded is they want a new life after having been through many difficult things — and they never gave up hope."

One day, the owners Kyle and Megan Turner of Turner Ace Hardware in Florida got a call from a friend asking if they could help. Keen wanted to clean up the outdoor break area as it had started looking run down and dingy.

So, the Turner couple got a few of their team members together. They brought tools to clean up the patio area. They pressure washed the whole space, trimmed back trees, put down fresh mulch and created stone pathways. Weber donated a beautiful gas grill and the store added new patio furniture to really spruce up the space and make it more welcoming and comfortable.

They gathered all the women to do a big reveal. "I hope this space blesses you and gives us a place for rest and safety." Keen says as they pulled back a tarp that had been hung to hide the renovated patio. You can imagine the joy and cheering that ensued.

"I really like the opportunity to do it," says one of the Ace employees who helped. "It makes you feel good when you can help somebody out who needs the help."

Keen says she wants to replicate the Rethreaded model and expand to cities around the country because the need for women to have a job coming out of human trafficking is so great.

And who knows, maybe a local Ace will team up to create a beautiful space for new locations, too.

We're sorry, there isn’t an Ace Handyman Services in your area yet.

We'll reach out to you shortly to discuss your project and answer any questions you may have.